git-cliff is a highly customizable changelog generator that follows conventional commit specifications ⛰️ In this post, I'm explaining the new features in the 0.5.0 release while giving insight into the different use-cases. 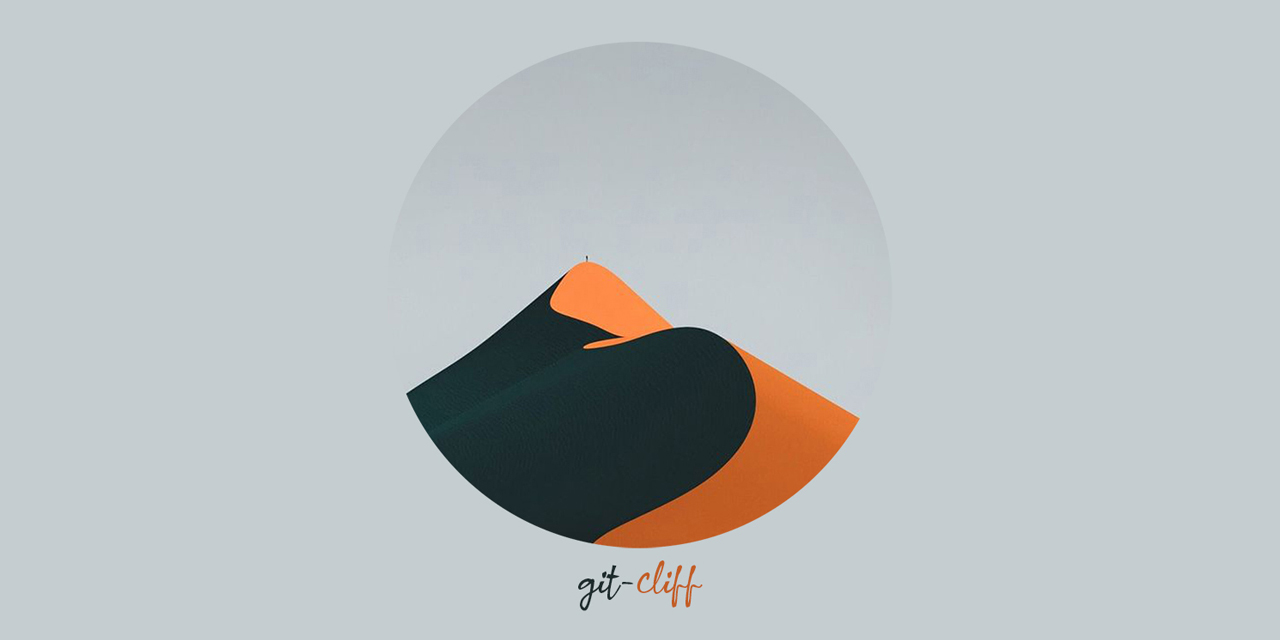 git-cliff is a command-line tool (written in Rust) that provides a highly customizable way to generate changelogs from git history. It supports using custom regular expressions to alter changelogs which are mostly based on conventional commits. With a single configuration file, a big variety of formats can be applied for a changelog, thanks to the Jinja2/Django-inspired template engine. More information and examples can be found in the GitHub repository.

Today I released the new version (0.5.0) of git-cliff. There are a couple of major features that I believe are interesting and they can potentially help with different use cases. Also, it has been a while since I post something on my blog. Must be exciting, let's have a look!

Imagine you are working on parallel code lines and you have the following git history:

In this scenario, we can pretend that after your fifth commit on master you had to fix something about v0.1.0 and check out a new branch (fix_v1). After that, you committed a patch and created a new tag. (v0.1.1)

Now let's say you decided to generate a changelog for the unreleased commits. Since previous versions of git-cliff sort the tags chronologically as default, you would get something like this:

This is because --unreleased flag implicitly uses a commit range such as 0000025..HEAD, since it sorts the tags chronologically, as previously stated. This situation can now be prevented by using the --topo-order flag, which disables the automatic sorting and processes the tags as they appear in the git history:

Let's say you have a monorepo and you want to generate a changelog that includes or excludes some commits that concern certain files/directories in the working directory. To explain it further, let's think that you have the following directory structure:

In the previous versions of git-cliff, it was possible to only include commits in the changelog if the changes are against a path under e.g. "apps". This could be done by using the --commit-path argument. But now, functionality is extended much further and you can specify multiple paths, use glob patterns and even exclude files/directories by using the brand new --include-path and --exclude-path arguments.

With this change, --commit-path argument is removed replaced with --include-path which supports glob patterns.

--current: Processes the commits that belong to the current tag

The problem is was, when you check out to a tag and try to generate a changelog for the latest tag, it always points out to the most recent tag (which is v0.10.1 in our example). So how do you generate changelog for the currently checked out tag? Well, simple:

So it is expected to always use the current tag if it exists.

A new configuration file entry makes an apperance in the [git] section!

The simplest explanation would be: while skip_tags drop commits from the changelog, ignore_tags include ignored commits into the next tag.

So for example if you have the following git history:

Setting ignore_tags = "v.*-beta.*" in the configuration will result in a changelog like this:

Following values can be specified in the configuration file now (in [git] section):

With this new configuration file entry, it is now possible to have both conventional and unconventional commits in the changelog.

Other use cases of filter_unconventional are the following:

There is also a new field called conventional added to the template context. It can be used like this in the templates:

--with-commit <MSG>... : Sets custom commit messages to include in the changelog

In the example above, CHANGELOG.md will not have the latest commit message since the commit is created afterward. So if you want to include custom commit messages like that in the changelog, you can use the --with-commit argument as follows:

For the future versions of git-cliff,

Any contribution is highly appreciated! There are contribution guidelines for getting started. Feel free to submit issues and throw ideas! 🧠

If you liked git-cliff and/or my other projects on GitHub, consider supporting me on GitHub Sponsors or Patreon ☕

Have a wonderful day! ⛰️